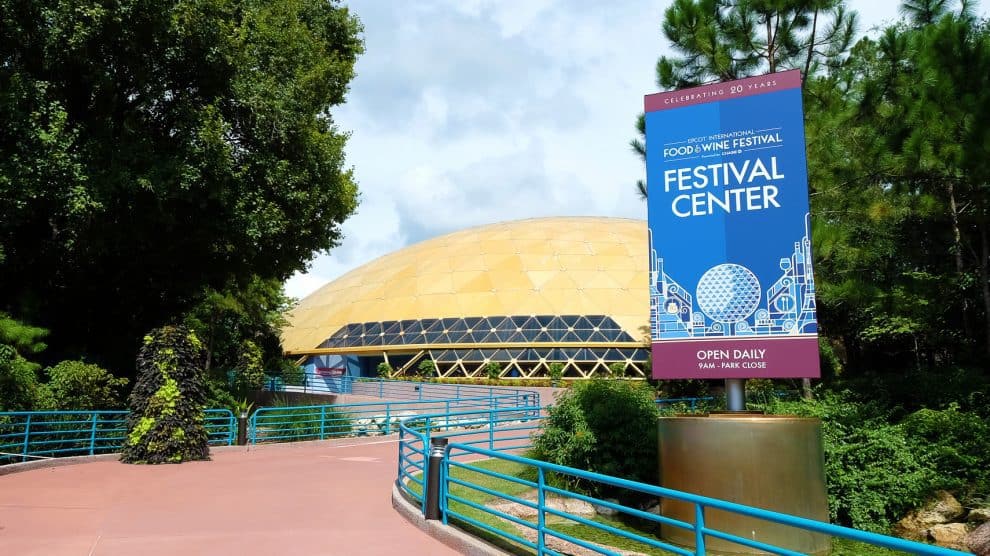 UPDATE: Disney has announced the Junior Chef Kitchen presented by Krusteaz for the International Food and Wine Festival. This activity will take place in the Festival Center, also known as the Wonders of Life pavilion, on Sundays.

Some folks have spotted maintenance crews walking among the domed roof of the pavilion as they cleaned it from all the dirt it has accumulated. The interior pavilion has been deteriorating and showing some age as well, and with this roof refurb, people appear to be speculating. One source reported that an internal Imagineer position has appeared. The job described was meant to pull in a head for a potential attraction, restaurant, or shop. If this is true, we could have something to look forward to.

There have also been rumors of a potential tie-in with an intellectual property to revive the pavilion. One suggestion is Pixar’s Inside Out, a film about the feelings that run the brain, very similar to one of the former attractions in the pavilion, Cranium Command. Also being thrown out there is a re-negotiating of the Marvel contract. Some sources are indicating a Doctor Strange tie-in since Dr. Steven Strange is a doctor, other sources claim that Wakanda from Black Panther would be perfect to fit in the dome. And of course, there are some hopefuls that claim Body Wars and Cranium Command are returning in an updated form.

So, what do you believe is happening? Is this just refurbishment for a potential re-opening as the Festival Center, or is it something larger? Either way, don’t shoot the messenger.