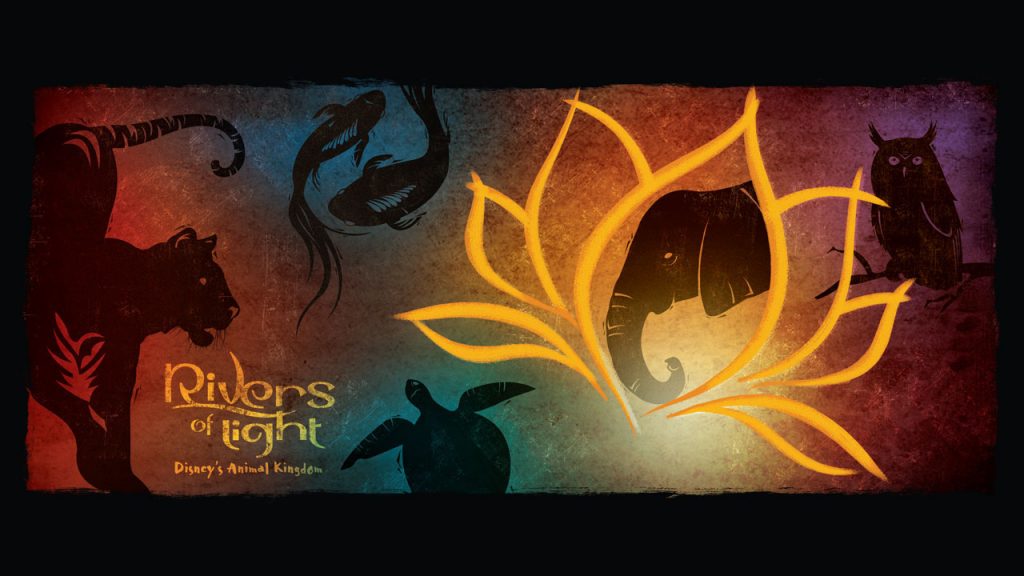 UPDATE: The Disney Parks blog has announced a dessert party addition to Rivers of Light. The party starts on select nights beginning August 6, 2018. Adult tickets are $79 and children are $49. Guests will check into the Rivers of Light Asia stadium (or as Disney is calling it, the “Rivers of Light Asia Viewing Area Terrace) one hour prior to the “main show” at 9:15 P.M. This means guests will check in at 8:15 P.M. After check-in, guests will have time to chow down on some cupcakes, push cake pops, and some other delicious looking goodies, along with alcohol that will be served to eligible patrons. Then guests will receive a VIP viewing of the show. 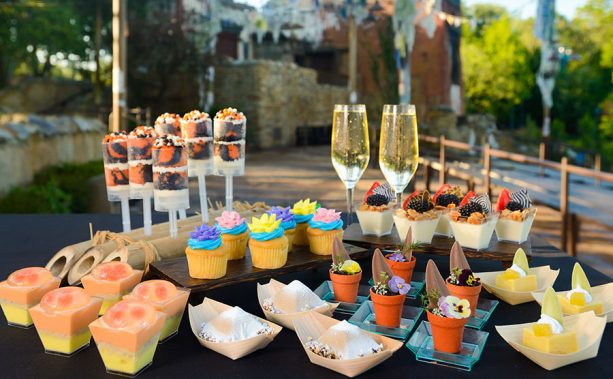 Back in February 2017, Disney’s Animal Kingdom debuted the new nighttime spectacular, Rivers of Light. The show was set to debut a year earlier, but was mysteriously postponed until the next year. Soon, all guests enjoying the park would be able to experience the Rivers of Light. The show currently has Fastpass and Dining packages available. In fact, a whole stadium is dedicated to just these two choices.

Although there is a dining package, there is no dessert party. Reportedly, in August, the show may receive a dessert party similar to the Star Wars: A Galactic Spectacular dessert party in Disney’s Hollywood Studios. Guests would dine on some treats, notably chocolate, have a drink or two, and return for some reserved seating to see the show. The location of this party is currently unknown, but it would probably be located in Asia or Dinoland, down by the stadiums. 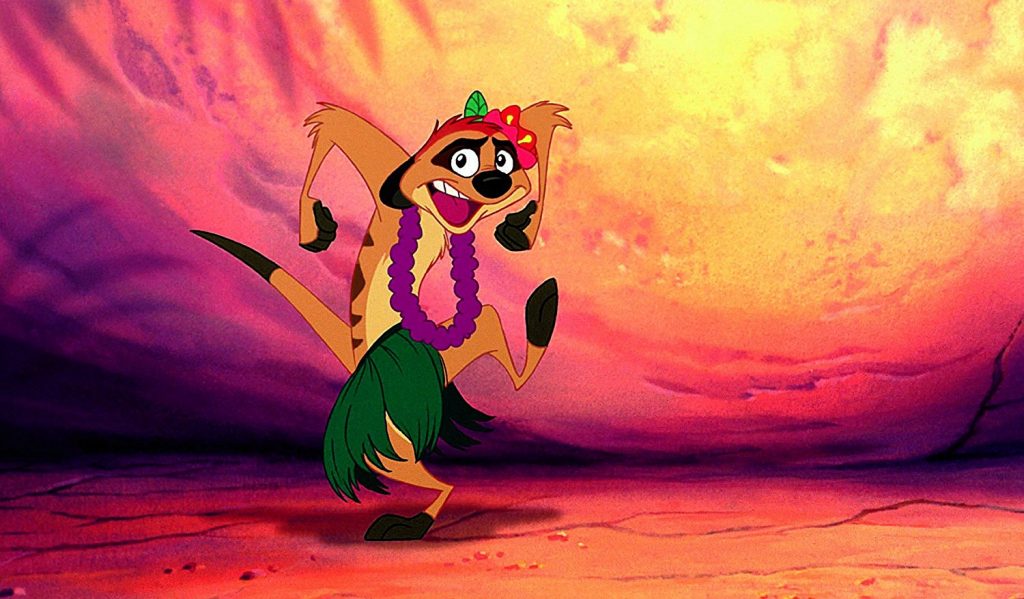 So if the show has Fastpass availability, a dining package, and maybe even a dessert party on the way, the show must be popular and have no future plans of closure, right? Well, not exactly. The stadiums for each show do fill up, as does the Fastpass reservations, but the show has some mixed reviews. Some absolutely love the show due to its beautiful display, others being disappointed due to the lack of story. These reviews bring us to a potential closure. A show is potentially in the works, set to debut 2020, starring Disney characters. A few IPs have been thrown around, mainly centered on the upcoming “live-action” Lion King film. Marvel’s Black Panther has also been thrown around, neither of which really follow the theme of the area, being the Asia section of the park.

The show may be ending with a bang of chocolate, but as long as it’s not The Jungle Book: Alive with Magic again, Animal Kingdom may soon have a new and fun offering. Don’t shoot the messenger!