Magic Behind the Music: Magic Kingdom – Tomorrowland – Carousel of Progress 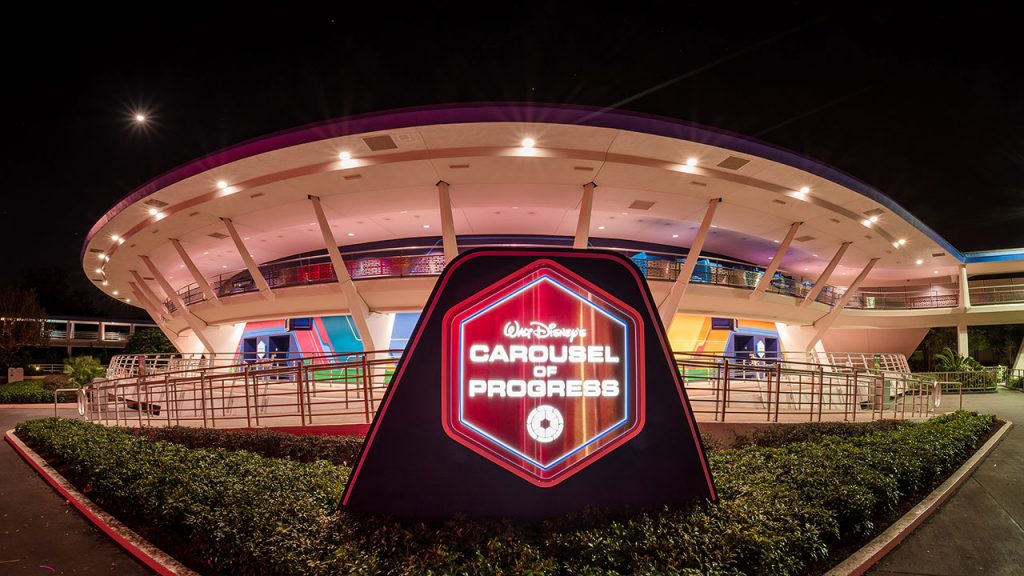 Welcome to our community on this wonderful day in the terrific two-thousand tens!  We’ve come a long way since the turn of the 20th Century and Walt Disney’s Carousel of Progress still reminds us of that. Why, it was the 1964 New York World’s Fair where this attraction got its start…April 22, 1964 to be exact.  It has gone through a few changes and relocations over the years, but otherwise it has been running ever since! This makes it, officially, the longest running attraction at Walt Disney World – running longer than Walt Disney World itself! It’s also the only attraction at Walt Disney World to have Walt’s personal touch since everything else was assembled after his passing (though some attractions are copies of Disneyland attractions that also were made with Walt’s personal involvement). Our audio of it on the D-COT Jukebox is of the most recent version and members have been listening to it since April 29, 2010.

Disney entertainment has a lot of fans, but some of the most loyal are tried-and-true fans of Walt Disney himself. Those of us who relate can see clearly that Walt left a part of himself in every attraction he oversaw. With the Carousel of Progress there is, perhaps, more of Walt than any other attraction. Walt invested himself primarily in enteraining people through new and innovative technologies that he hoped would also shape the future of American progress. This attraction captures that investment in ways no other attraction does as guests rotate through a series of stage scenes (which themselves contain rotating set pieces) depicting the American family as they progress through the early 20th Century and finish with some technology of the 21st Century. You may recall that Audio-Animatronics© were originally developed by Walt Disney Imagineering (formerly WED Enterprises). Well on this attraction you’ll find some of the very first ones ever developed! Next time you get a chance to see the Carousel of Progress for yourself, that’s a fun and nostalgic thought to keep in mind.

D-COT is full of Disney fans who appreciate Walt and all he did to establish these things we’ve come to know and love.  The audio track for the Carousel of Progress is a favorite of 495 members! Supporters have added it to 52 custom playlists.  The track has a playcount of 45,275 making it number 22 on the Top 25 Played Overall playlist. 185 members have given it an average rating of 4.9/5 making it number 13 on the Top 25 Rated playlist.

carousel of progress, magic behind the music, music