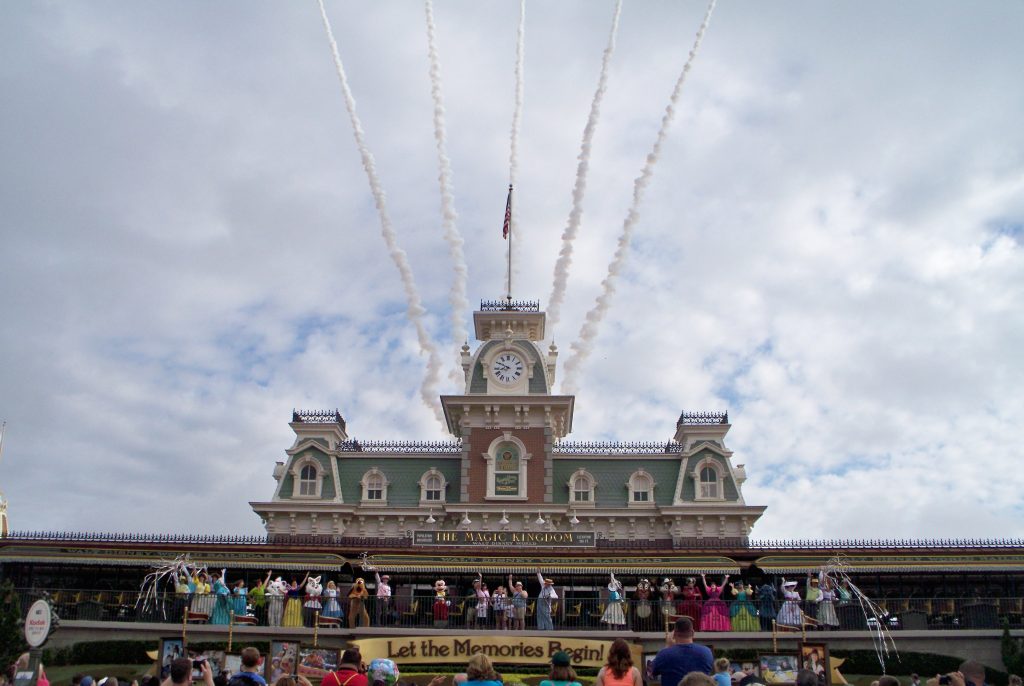 The Magic Kingdom – the beginning of almost everyone’s love for Walt Disney World starts here at the gates to this theme park where a plaque invites you to “leave Today and enter the World of Yesterday, Tomorrow and Fantasy.” It is only fitting that we begin our tour of D-COT’s expansive Jukebox with the area loop that, for many of us, started it all: Magic Kingdom’s Entrance Music Area Loop. Disney makes a point of saturating your senses from the moment you arrive at the gate of any of their theme parks around the world. They begin that at the Magic Kingdom with a ragtime train station and this musical selection. Disney fans, young and young-at-heart, gather here every day before the park opens and listen to the music as they wait to be let in. For adults, it sets the mood for what will hopefully be a day of enjoying imagination-fueled surroundings and technology that will, perhaps, give them the chance to be kids again. For children, the music in front of the train station means that soon the figurative curtain will be peeled back, allowing them not just to see their favorite Disney stories, but live them!

The impact this loop has had on our D-COT community is plainly evident. It’s #1 on the Top 25 Rated playlist, having a 4.8/5 average rating with more than 500 votes. It has been added to 80 custom playlists and favorited over 1,800 times! It is the second most played track in the jukebox with over 400,000 listens! One of the earliest songs to be included in the Jukebox, it was added on September 1, 2008.

While the Magic Kingdom has had the entrance loop in use for decades, the actual tunes played on the loop at the Magic Kingdom today have changed slightly with the removal of tunes from long-gone attractions and the addition of new ones. For example, you might hear music from Timekeeper, Toontown, or even 20,000 Leagues Under the Sea; all of which no longer exist in the park. Many seasoned Walt Disney World visitors remember these attractions with much fondness, but as Walt Disney envisioned, this park would always have room for change, and change it does. Still there are tunes in the loop that are likely immortal. Favorites like The Mickey Mouse Club March, “it’s a small world,” and When You Wish Upon a Star are songs you’ll hear that are quintessential to the Disney experience and, at Walt Disney World, that begins here.