One of my strongest memories of DLR as a child was the Grand Canyon Diorama. Riding a train was one thing, but going from present to past was mesmerizing. It was a must ride and typically, it was our last ride of the night because it dropped one off at the Main Street Train Station. 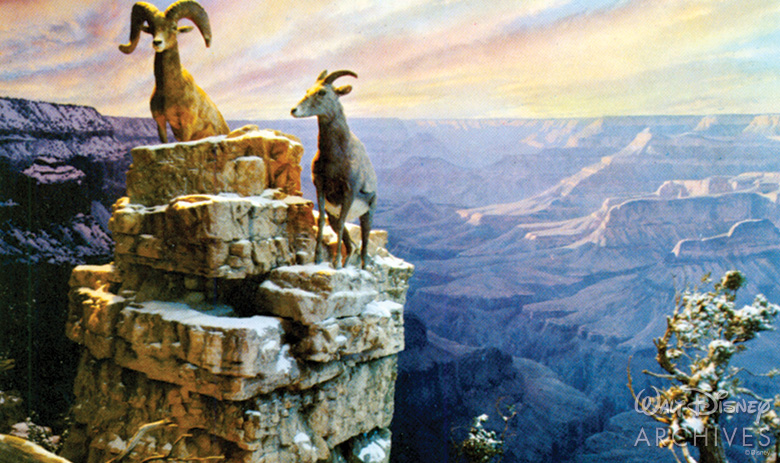 In typical Disney fashion, the present diorama was based on the Grand Canyon nature series run on Wonderful World of Disney and was based on an area at the South Rim of the parks. It won the Academy Award for Best Live-Action Short Subject. Claude Coats of 6’6″ fame researched and built the diorama using the now industry SOP of Story Boards and miniatures. 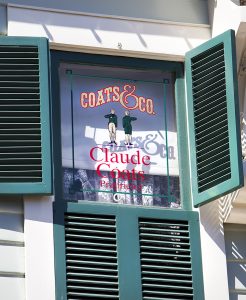 All the wildlife could be found in the Grand Canyon and Claude used painstakingly detail in the present view. Walt at first questioned the turkeys in the diorama, and Claude not only assured them that they were there, but their numbers were growing to one of the largest turkey populations in Arizona. The flora is authentic and required preserving, flame proofing and in some cases painting. They were hung upside down for a year while they cured, so as not to droop over time.

As important to the authenticity would be the musical score. Walt relied on Ferde Grofé who also composed for the award winning featurette. The exhibit debuted on March 3, 1958 making it over 60 years old today. Having just gone through a complete renovation, this diorama is still wowing train passengers today, and is a must see for every DLR trip. 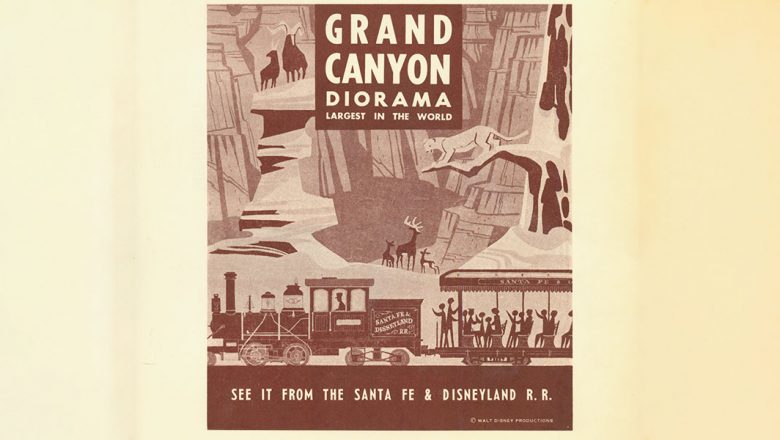