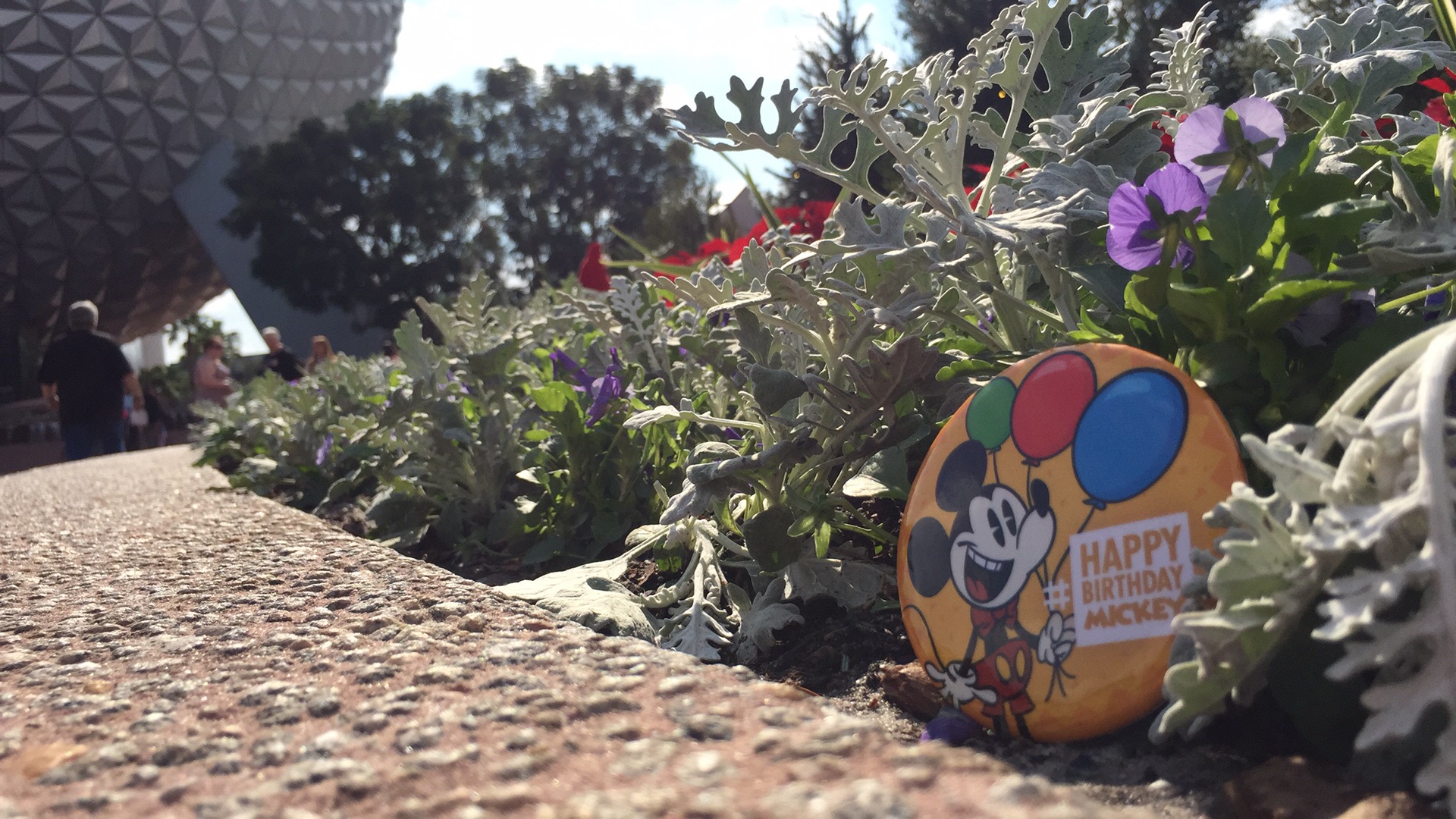 Mickey Mouse made his debut in 1928 where he first was seen in a single test screening (Plane Crazy). Mickey officially debuted in the short film Steamboat Willie (1928), one of the first sound cartoons1.

Chelle and I celebrated Mickey’s birthday by visiting Epcot. It was a beautiful day with barely any clouds and the sun was shining bright. As you entered the park, cast members were waiting with big buckets (similar to the ones they use for Mickey’s Not So Scary Halloween Party) and handing out birthday pins. On it was a picture of the new Mickey style and “#HappyBirthdayMickey” which they did so guests would use the hash tag on when posting to social media. 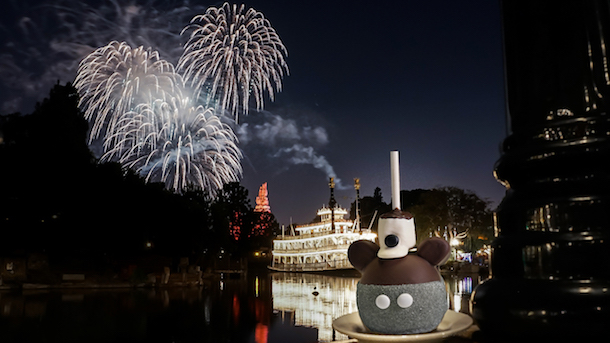 Each Disney Park (and some resorts) had special birthday treats. The Disney Parks Blog posted a list of where you could find them. We park hopped over to Disney’s Hollywood Studios where we enjoyed Mickey’s Birthday Cupcake, a birthday cake cupcake with sprinkles, at The Trolley Car Café.

I wish I could have tried the Steamboat Willie Gourmet Apple. It was available at the Candy Palace and Pooh’s Corner in Disneyland park, Trolley Treats in Disney California Adventure park and Marceline’s Confectionary in the Downtown Disney Shopping District.

At the Magic Kingdom, you could join some of your favorite characters for a special birthday-themed edition of the “Move It! Shake It! Dance & Play It!” Street Party. Check out the Disney Parks Blog post for more information on what they did to celebrate.

Get Disney FREE Dining in 2018

Disney Wedding Getting the TV Treatment