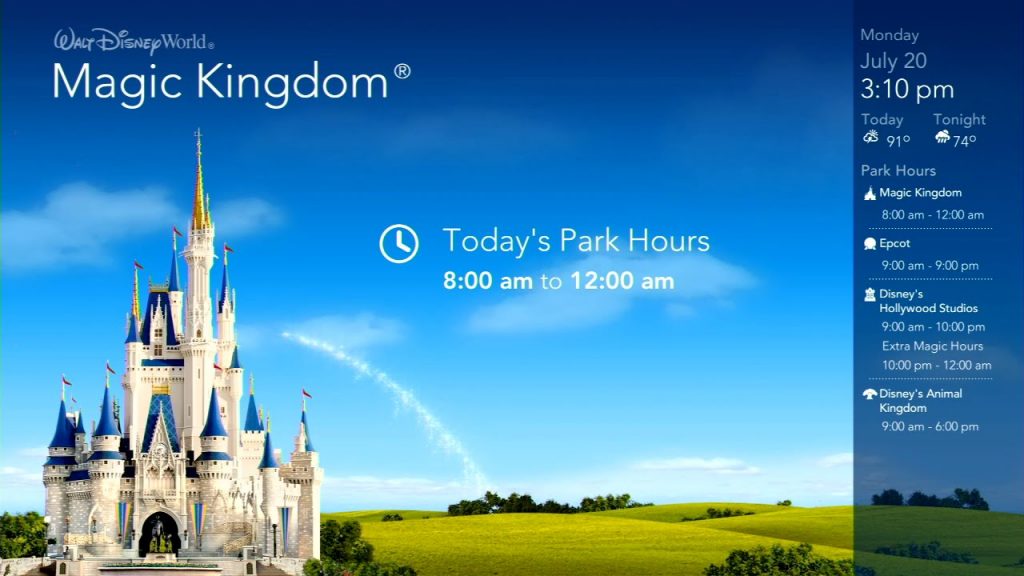 Imagine it’s morning and you’re waking up from a nice sleep at a Walt Disney World Resort hotel. The first thing you might do is turn on the TV which is preset to show the WDW Today channel! Few things say “good morning!” at Walt Disney World than listening to this music as you get ready for the fun-filled day ahead. WDW Today has been a resort TV staple for quite some time now with updates to the images and soundtrack occurring every other year or so. This version from 2017 was uploaded to the D-COT Jukebox on June 19, 2017.

It doubtless would seem strange to non-Disney fans to see an entire playlist of sounds from Resort TV on the D-COT Jukebox. But for those of us who are part of this online community, it’s no secret as we have found that even TV at Walt Disney World is magical! Whether we’re getting ready to go in the morning, chilling on an afternoon break, or maybe even settling in for an all-night nap, the music on this channel alone sets a nice back drop for our time back at the room. Of course we may also switch to a channel with Stacy telling us about all the must-do’s too, but that’s an article for another time.

Our D-COT track is a favorite of 75 members. Supporters have added it to 31 custom playlists and it has been played 2,656 times to date, showing that even at home or work we still like to be put in that Disney mood! It doesn’t take much. We may be missing the visuals scroll by with the park hours and weather forecast, but it’s the instrumental music from various Disney films that seem to count the most as this track has a 5.0/5 average rating with 55 votes!  It seems the decision about whether the addition of this track to the Jukebox was a dream come true is unani-mouse.